Music matters to us all. A fragment of music overheard on the radio can act like Proust’s madeleine, taking us back to a specific moment in our past, or speaking deeply to our sense of personal selfhood. For all this, there is a widespread perception that music’s function is limited purely to entertainment: that it is fun and enjoyable, but does not merit our most serious attention.

Yet music has been considered sufficiently significant to have been woven into all of the most important civic and ceremonial occasions in Western history, from coronations to royal weddings. It has been fundamental to religious worship, to displays of wealth and power, and to establishing a sense of identity among diverse social groups.

Music, furthermore, has always been political. Consider, for example, the numerous ways in which a single piece, Beethoven’s 9th Symphony, has been appropriated for symbolic purposes. (It was performed at the Fall of the Berlin Wall and at the Last Night of the Proms after 9/11; its final movement is the anthem of Europe; and less positively it has also been appropriated for various nefarious purposes.) It comes as no surprise to a music historian that so much press attention should have been paid to the music chosen to accompany Trump’s rallies on the campaign trail.

We live in an era in which music and sound, like visual images, carry meanings that may be as potent as those offered by written texts. Musicologists have an important role to play in helping society to interpret and understand these meanings. We have yet to see the appointment in the UK of any Professors of Public Musicology or courses explicitly devoted to the area, but the time for such a move seems to be ripe. (History is ahead of the game: the University of London recently appointed a Professor of Public Understanding of the Humanities and the University of Reading a Professor of Public Engagement with History. There are also numerous Public History MA programmes.) 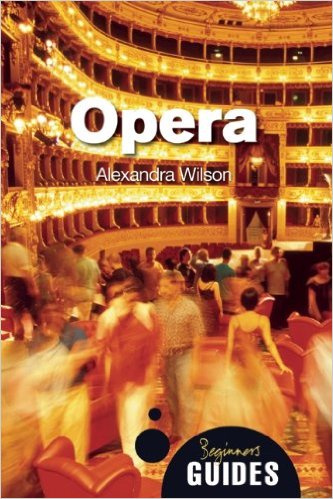 In the meantime, many musicologists are already communicating with wider audiences about how music functions in society, in ways that are accessible, engaging and jargon free. Some write books about music aimed at the general public; others write newspaper or magazine articles, appear on BBC radio and television, and produce blog posts and podcasts. Musicologists are regularly invited to give talks for prominent performing arts organisations. The BBC’s recent scheme to recruit more “expert women” to talk about classical music was welcome; hitherto a majority of TV music documentaries have been fronted by celebrities.

On our MA in Music at Oxford Brookes, we have placed ‘public musicology’ to the fore. Our students are diverse – they can specialise in historical musicology, opera studies, popular music, film music or composition – but they all come together for a research training module in which ‘applied research’ is a key theme. Drawing on staff members’ personal experience of working in the media, we teach our students how to communicate their research to wider publics via radio broadcasts, magazine articles, blogs and social media.

Students have an opportunity to develop these interests further in our Professional Experience module. Some take up a placement with an external arts or media organisation. Students last year, for example, worked for the Royal Shakespeare Company and the Handel-Hendrix Museum. Others work with one of our research units (in opera, pop music and sound art), or pursue a freelance project. One student this year has established a public lecture series in his home town of Exeter; another is helping to organise our next OBERTO conference. We very much hope to expand our focus on public musicology in the future.